This 13-point checklist will help you during your home inspection to know what to look for and expect.

Having an offer accepted on your dream house may seem like cause for celebration, but you’re not done just yet. You’ll need to get that home and its property inspected before you can pop the bubbly, and there are plenty of problems that could be hiding. This isn’t about peeling paint, which will be both obvious and pretty easy to fix, but about big ticket items that can affect the livability of the property. Here are 13 things that warrant extra attention during your home inspection.

If you’re buying a house that is heated using oil and intend keep it that way, this might not be a big deal. However, if the house is heated with gas, the home might once have been heated by oil and you should find out if there is an oil tank on the property.

There are two possibilities if the tank is still there: either it has been filled with sand and gravel or it hasn’t. You might be able to leave it there, but certain localities might require that it be removed. No matter what, you’ll need to ascertain its status and make sure it hasn’t leaked into the ground. Cleaning up a mess like that can be a huge hassle.

“Make sure we sweep the whole property,” advises real estate agent Elice Shikama of RE/MAX in Franklin Lakes, New Jersey. “Because sometimes sellers think they only have one. They could have multiple underground tanks.”

“A standard home inspector will confirm that a home’s heating, ventilation, and air-conditioning system (HVAC) is functional at the time of inspection, but will make no guarantee that it will keep working once you purchase the home,” Lynnette Bruno, Trulia’s former vice president of communications told Curbed in 2016.

Your inspector should, however, be able to tell you how long your home air conditioning condenser (the unit outside) should last, simply by checking the serial number, according to Nigel Turner of West Milford, New Jersey-based Total Home Inspection Services. He says most condensers will last 12 to 15 years before requiring replacement.

Roof problems are responsible for 39 percent of homeowners insurance claims, according to Trulia. “Find out how old the roof is and if there are any issues,” says Bruno, adding that if there are any problems, you will likely have to bring it up to code. Ask if the current homeowner’s roof warranty will transfer to you with the purchase (they don’t always).

❏ Structural integrity of the chimney

“Chimneys can be a very costly enterprise,” says Turner. Your inspector should look for signs of damage to the chimney lining on the inside, faults in the masonry around the chimney, and corrosion, Turner says.

“Water is the biggest enemy of your home,” Turner says. There’s the potential for damage to the foundation. If water is found to be in the vicinity of the house, you want the water to flow away from the house, not towards it. Outside, That check the gutters and spouts, because if they aren’t functioning properly, it can damage the foundation.

While external water damage is pretty easy to spot with a visual inspection, potential damage hidden inside a home’s walls can bet harder to detect, Bruno says. To ensure that your home is safe from water damage that can lead to moldy walls, make sure your inspector takes the extra precautions of wielding an infrared camera to find water damage that exists beneath the surface of a home.

Turner says there are a couple of specific systems to look out for. One is something called knob and tube wiring, also known as K&T, usually found in homes from about 1880 to the 1930s; this type of electrical system is usually ungrounded, which leads to potential for electric shock. The other thing to look out for is a Federal Pacific Electric panel: When circuit breakers are tripped on those systems, it often leads to overheating and fire.

You want to make sure the house’s foundation is stable. Like the roof, it’s possible you’ll have to bring it up to code as the new owner. “Foundation issues can be extremely costly,” Bruno says.

❏ Quality of the flooring

The first thing inspectors look for is wood-destroying insects, Turner says. That can be carpenter bees, carpenter ants, powder post beetles, and, of course, termites.

“Beyond the standard inspection of flooring that is in plain sight, subfloors that are covered up with carpet, tile, or laminate can cause additional issues if not carefully examined,” says Bruno. Prospective homeowners can use their feet to detect soft spots in subfloors where wood is weak, or user their sense of smell to look out for a moldy, musty odor that could be a clear indication of wood rot. Local experts through the can help double-check for signs of potential problems.

Radon is colorless, odorless, and tasteless, but it is radioactive and carcinogenic. The U.S. Environmental Protection Agency (EPA) recommends all homes be tested for the presence of radon. Before a home inspection, a potential home buyer can ask the seller if they have already tested for radon, Bruno says. Sellers often test their homes before placing them up for sale, so recent test results may be available during the closing process. If not, radon tests are reasonably priced, around $40, and the test results can be processed in a matter of days.

If you are doing the test, the testing device, usually a canister, must be placed in the lowest spot in the house, Turner says, and the house must be closed for 24 hours before the procedure is initiated. That means all windows, doors, and fireplaces are in their closed positions. You may enter and exit the home, but that’s it.

“For homebuyers considering a home built before 1980, it’s worth asking a home inspector if they have frequently worked with asbestos and can make a reasonable judgment about whether disturbed asbestos fibers are present based on a visual inspection,” Bruno says.

Asbestos was used as insulation in construction for a long time, but it turned out it was hazardous to human health. If undisturbed, it might be safe, but abating it before it becomes a problem is often wise. Turner says you can find it everywhere from interior heating pipes to exterior shingles.

Turner says to make sure they’re venting to the outside. Even up to 15 years ago, people were building townhouses with systems that vented into the attic, which can cause mold.

“There is a potential, if it’s an older house, that [there] could have been a septic system,” Turner says. “There have been instances where a septic system has been abandoned and, over time, it created a cave-in.” He says he saw one example where the system collapsed, swallowing a child’s play set. So, you need to find out if there was a septic system. Along with that, even sewer pipes can be damaged by tree roots. They should be checked out, too, and that can be done with a snake.

While having a professional home inspector is great, Turner recommends you also do your own home inspection. Just see if things are working the way you think they should and do basic things like going outside and checking the gutters when it’s raining.

During the inspection you want to check that all of the appliances, electric outlets, and circuit breakers are working.

You should also do a walk-through the day of the closing. “Make sure everything is still in order, that the apartment upstairs didn’t have a big leak the night before your closing,” says Kee. 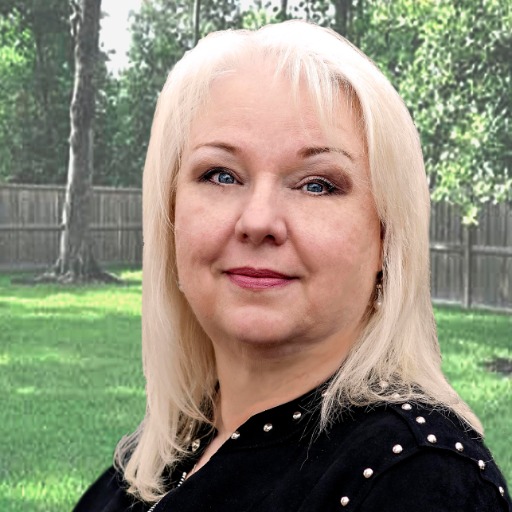 Listening to you, and understanding your needs and wants is my top priority. I am committed to serving your residential Real Estate needs. I want to partner with you by "Helping you Find the Way to yo....

Small Changes = a Huge Impact on Your Selling Price

"I'm not suggesting anyone tackle all of these projects. But, take a look at your property, decide which of these small changes your house could use the most. Each of them are proven to improve the

This 13-point checklist will help you during your home inspection to know what to look for and expect.By Evan Bindelglass  Updated Feb 19, 2020,Having an offer accepted on your dream house

I’ve Been Quarantined for 14 Days What Now?

By registering, you agree to our terms of use and that real estate professionals and lenders may call/text you about your inquiry, which may involve use of automated means and prerecorded/artificial voices. You don't need to consent as a condition of buying any property, goods or services. Messages/data rates may apply.